Check out our 2015 preview from NYE last year here!

As the year draws to a close, we’re going to have a look back at what we were expecting from 2015, and see what the major surprises or disappointments were in a year that went so very quickly!

Yes, it’s finally over. Mockingjay: Part 2 was a fine ending to a film franchise of humongous size. At least I hope that was the ending. As a fan I would be disappointed if they tried to strain the Hunger Games concept out for as much money as it’s worth.

Read our review of The Hunger Games: Mockingjay – Part 2 here!

Perhaps surprisingly, the final film in the saga failed to live up to box-office expectations, delivering one of the worst box-office performances of the franchise. MP2’s opening weekend fell 17% behind the very-average Part 1 (a sign of the ‘meh’ film’s knock-on effect) and $57 million less than the record breaking Catching Fire.

I still stand by my claim that the lead trio will slowly move away from the spotlight that they have bathed in these last few years, possibly with the exception of Ms. Lawrence. Hemsworth has a seemingly much more talented brother who will get all the big titles, Lawrence’s love of quirky characters and forever being known as Katniss might stop her from getting anything big in the future, and f**k knows what Hutcherson’s doing right now, let alone in a few years.

Dystopia Continued…
Yes, it seems as if it will never stop. Much like with the Hunger Games, both Divergent and the Maze Runner had second films this year that have really excited audiences. I was particularly impressed with Insurgent, which for me has breathed new life into something I originally saw as a carbon-copy of the Hunger Games.

Read our review of Insurgent here!

However, I still think these films will struggle to fill the Katniss-shaped void left in YA cinema. The upcoming 5th Wave doesn’t fill me with confidence, either.

The Year of the Reboot:
Unsurprisingly, two of the biggest films of the year didn’t disappoint on their much anticipated returns.

Jurassic World was a really entertaining film I thoroughly enjoyed watching. It was also the biggest film of the summer box-office, beating off stiff competition from the Avengers and Inside Out.

The same can be said about Star Wars, which was a really cool film if nothing else! Abram’s much-anticipated space epic smashed the holiday box-office, more than doubling the next best (Mockingjay Part 2) opening weekend of the period. It’s already made over $1 billion in ticket sales, and is likely to make over $1 billion in pure profit!

Superhero Supreme!
Superhero fandom shows no sign of slowing down, with Avengers: Age of Ultron being very well received in 2015. Also, this seems to be the major focus going into 2016, something we’ll talk about in a special article coming soon!! 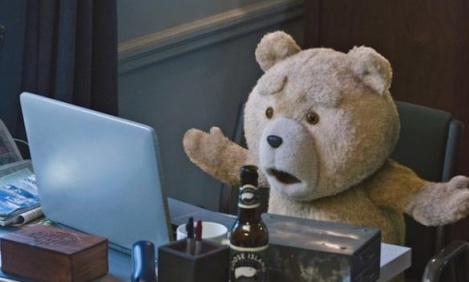 Comedies
Despite the big names to back them up, the many comedy sequels this year generally flopped. Ted 2 failed to impress as much as its predecessor, and Hot Tub Time Machine 2 was heavily criticised. I had to actually go back and double check that Paul Blart: Mall Cop 2 was actually released this year and not put back or something, so that was obviously awful.

Maybe people will start to learn that comedy sequels generally don’t work now? I doubt it.

Here’s the other films we were looking forward to seeing at this time last year:
Spectre: not seen it yet, so will hold out judgement! Seems to be solid enough, though.

The Hateful Eight: Again, have to wait on this one…

Peanuts: Only recently released, so don’t really know if this was any good or not yet!

Minions: Not seen it. Must have been as successful as they were hoping. Seemed to go down okay.

Tomorrowland: Could have gone one way or the other. Probably still up for debate, but I think this has been a quiet success.

Ex-Machina: The only one in this list I saw! I enjoyed this film, and while it didn’t make it big it’s still been appreciated by the people who have seen it.

Fifty Shades of Grey: Seemed to grab the imagination of many people. It cannot be denied, this was a success.

The Unexpected Successes:
These are three films I didn’t even acknowledge at the end of 2014, but became big successes in the last 12 months!

The Martian: Ridley Scott and Matt Damon have both made big waves this year with this new sci-fi classic.

Inside Out: This Pixar movie looks like another nailed-on classic for generations to come.

What do you think were the biggest successes and disappointments of last year? Let us know in the comments below, and check out our look into 2016 tomorrow for what should be making waves this year!