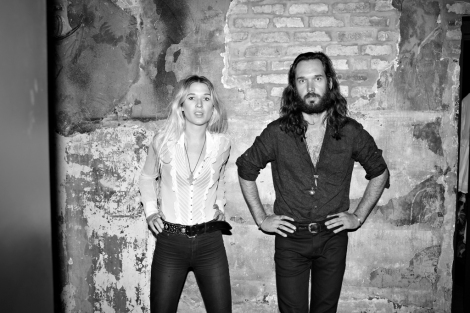 This week’s Song of the Week is Giving Up On You by sibling duo Wild Belle.

Wild Belle is an American band formed by brother and sister Elliot and Natalie Bergman. Born and raised around Chicago,  Elliot was initially part of the band NOMO, and invited his sister to tour with them in 2006. In 2011, he helped Natalie make her own songs, and from that Wild Belle was born. Popular figures on America’s indie-festival circuit, with highly-rated performances at SXSW and California’s Treasure Island Festival, they released their debut album in 2013, titled ‘Isles’. Giving Up on You – a single released in 2015, and their first piece of music since Isles – features at #6 on their recently released second album, Dreamland.

A song full of energy and with a great rhythm, Giving Up On You is definitely what you would call a strong piece of music. The first line is “Playing with fire,” and you kind of get that sense throughout the song: it pulls no punches, and despite having what you could even call a ‘giddy’ beat to it throughout Natalie’s earthy tones really help to bring out the tough, ruggedness of the piece.

This is a really cool song, and I hope you enjoy it!