February. Such a nothing month.

The countless fantasy series that have flooded the Winter 2018 Cycle are reaching their mid-point – don’t worry, there will be a Half-Term Report coming soon. There’s no new anime for a while, causing people to fall into a comatose state, sat under their blankets drinking cocoa and watching the latest episode of Black Clover because you’re CONVINCED it will get good in a minute!

However, during the cold months I have learned to take warmth in re-watching some of my favourite anime series. There’s something insanely comforting about putting on a series you know is good, watching it and understanding the complexities without any effort. This is why February, for me, was something I had been looking forward to for months!

This month, Kakegurui makes its debut on Netflix!

Kakegurui was my Anime of the Year 2017 – a fantastically twisted series with shock value that is hard to match. Even by Japanese anime standards, Kakegurui delivered an uncomfortably sexual, dark and twisted storyline, which made its appearance on Netflix even more interesting.

How on earth would western Netflix users react to a series like this?!

My first thought was to force my non-anime friends to watch it. Then, I hesitated. I watched the first episode again and suddenly saw it in a different light; the sex, the ugly faces, the devilish tongues – I couldn’t recommend this!

This idea has interested me since the very beginning – what shows would work as well for me as they do for someone who has never watched an anime in their life?

So, from someone who was a complete newbie a few years ago, here is a list of do’s and dont’s, as we go through some of our best recommendations, and some fantastic series that might be best to avoid from day one. There’s only one place to start: 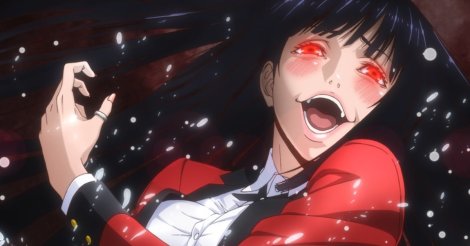 Not for the faint hearted.

On the face of it, a story about a school that revolves around gambling sounds pretty mundane by anime terms. The poster looks a little edgy, but nothing too bad, right? Well, don’t be fooled. This twisted high-school story is overloaded with short skirts and enough sexual innuendo to make even the most seasoned anime viewer cringe. The violent faces and casually morbid fantasies of the students are an effective way to turn regular anime tropes on their head. However, for someone with no knowledge of said tropes this just looks like a sex-crazed mystery series. Perhaps not best if you’re trying to sell anime to your friends as a legitimate format. 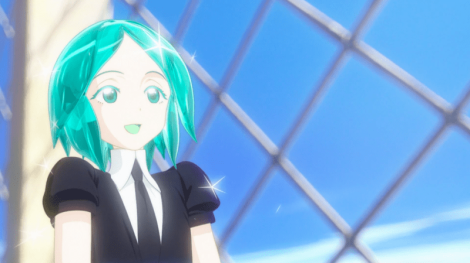 Land of the Lustrous – DO

At the other end of the spectrum, LoL looks from the outside to be a completely stereotypical anime! A group of young, proportionally impossible girls swinging weapons around to defeat monsters in a beautiful fantasy world. However, this was also one of the best shows of last year, and its boundary-stretching tale makes this perfect for non-anime fans. The most notable reason is the visuals: everyone has an image in their head of what anime looks like – something like Dragon Ball Z, probably – but Land of the Lustrous, from the very beginning, takes away any preconceptions with its CGI animation. That paves the way for a story that develops tremendously, making this a show that works for all fantasy fans! 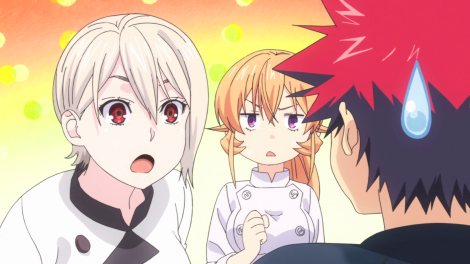 Maybe turn the volume down…

Anime can do some pretty wacky things. Its comedy is often fast and over-the-top, with little subtlety and plenty of slapstick. However, Food Wars sets the bar in terms of ironic comedy. Yes, it is incredibly easy to lose yourself in what is actually a really exciting action series, but take a few steps back and see it through clear eyes – Food Wars is a series where people fight through cooking. Home of the ‘foodgasm’, FW is a series that is so ridiculously over the top with the simple act of cooking that even if you take out the fact that people regularly shed their clothes when tasting dishes, it will surely look odd to someone who isn’t sold on Japanese series. 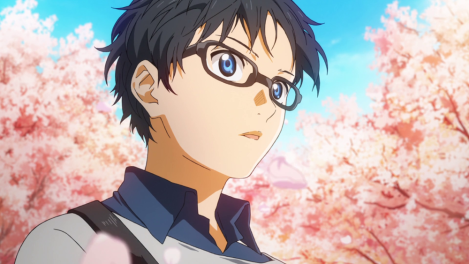 The feel is real!

Your Lie in April – DO

Food Wars almost looks like the anime version of those clips of crazy Asian gameshows you see on the internet. As a countermeasure to that I would recommend Your Lie in April, a mature series that could only work in anime*. Not only is the anime beautiful, but the story itself is full of heart. With not a single flying magical girl or exploding giant robot in sight, this is a simple, incredibly relatable and honest series that still delivers the beauty and vision that only anime can create.

There are plenty other mature anime series to recommend, also – shows like Kids in the Slope and Anohana help paint anime in a much more sophisticated light.

*There is actually a live-action film of Your Lie in April, but I’m not sold on the idea of live-action anime adaptations whatsoever. 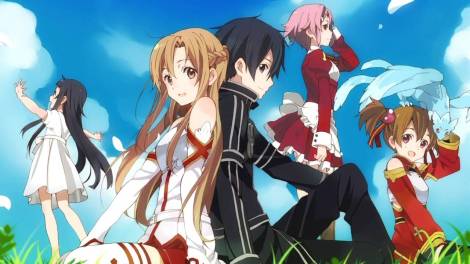 When I said that the idea of recommendations had interested me from the very beginning, SAO had a lot to deal with it. This was the first anime series I watched that made me wonder if I would have watched it if it was a live-action western TV series. Sword Art Online is THE cliché anime series where kids get trapped in an MMORPG fantasy videogame. Fantasy characters, check. Bloodless action where the main characters always survive, check. A slowly developing love from the main female side-character towards the main male character, check, both in I and II. This is everything anyone would expect, struggling to deliver many surprises and with animation and a story that I didn’t rate highly, this is best avoided, at least until you see some better fantasy series that make better use of the medium.

I should stress that all of these are personal examples – these things depend on taste, and if you know someone who loves videogames or food then SAO or Food Wars will be perfect!

With that in mind, here are my Top 3 anime recommendations for people who have never seen an anime series before: 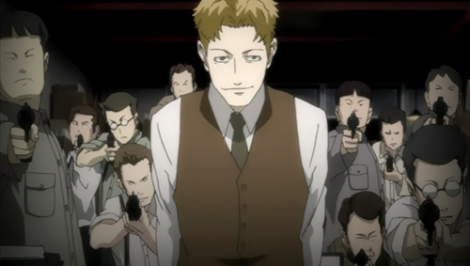 Based off a light novel series written by Ryohgo Narita (who also wrote Durarara!!), I would argue that Baccano is the best first-time anime experience there is, full stop. For a start, the series is set in America, meaning that while the show keeps the beautiful Japanese animation and comedy style, the rest of the story is particularly western. Revolving around gangs and criminals, this story spanning three decades is as chaotic and violent (note, this is quite a gory series) as it is genuinely interesting. Narita is a fantastic writer – Durarara is our #1 anime – and his ability to weave realism and fantasy into a compelling mystery shines through beautifully in this 5-hour experience.

Where have I seen this before?

In terms of easing western TV fans into Japanese animation, there can’t be a better series than Psycho Pass. This is an incredible sci-fi detective story that asks serious questions about philosophy and the importance of technology in determining our lives. More than that, Psycho Pass is a series that was hugely influenced by western TV and cinema! Citing L.A. Confidential and Blade Runner as its main influences, Psycho Pass can almost be seen as an homage to western detective dramas, and is one of the only anime series that I believe could work really well as a live-action western blockbuster. However, it definitely does work as an anime, delivering an excellent, though-provoking and character defining series that is a must-watch. 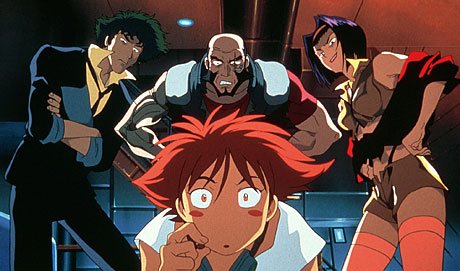 Back to people’s pre-conceptions of the anime medium, and it’s worth mentioning that almost everyone will have fond memories of cartoons watched as a child. Whether its Japanese series like Yu-Gi-Oh or western cartoons like Hanna Barbera, we all loved cartoons, then at some point turned our backs on them. However, if there’s any series to revive the memories of youth it has to be Cowboy Bebop. This is a classically 90’s series with old-school animation and bright, energetic characters. However, viewed from mature eyes, this is also a series with a developing story and characters with depth. With one of the legendary anime duets in Director Shinichiro Watanabe and composer Yoko Kanno, this series delivers on all fronts, while its retro, feel-good vibes are sure to fill even the most anti-anime person with nostalgia.

Of course, I love all the series mentioned above, in the same way that I adore anime as a medium.

I truly believe in its potential to be popular in the mainstream western media space, as evidenced by the constant praise given to Japanese anime films like Your Name. If you are a fan of anime, get your friends on board with this list of sure-fire hits!

Have we missed any series out? Let us know in the comments, and subscribe to receive our upcoming Winter 2018 Half-Term Report, where we look at the best series airing right now!