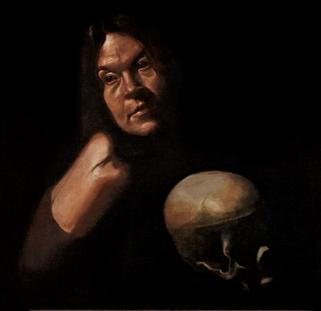 The Avett Brothers are one of my all time favorite bands so I felt like I had to review one of their albums. I chose this one because it’s filled with so many of my favorite songs from them, and although it’s more pop than some other albums, it’s completely memorable. This is just a feel good album that I loved from the very first note to its last. This is a brilliant album from a completely unique indie folk band.

“Load the car and write the note,” begins the gorgeous title track “I and Love and You.” Lyrically, this is a creative and emotionally charged track that is instantly appealing. Needless to say, it’s a track that I love and has easily became one of my favorites from them. It’s not overly folk or pop sounding, it’s just somewhere in the middle and I love the sound of it.

The following track is “January Wedding,” which is yet another beautifully written song from this band of brothers. The lyrics are tremendously clever and manage to standout. Scott Avett passionately sings the lines, “And she was sick like Audrey Hepburn when I met her, but we would both surrender. True love is not the kind of thing you should turn down, don’t ever turn it down.” See what I mean? Only this band could manage to work in a pop culture reference in this type of indie folk song in such a natural way.

Probably one of the most quotable songs in the bands catalog, “Head Full of Doubt/Road Full of Promise,” is ridiculously complex lyrical. It’s hard to complete explain the meaning behind the lyrics. The only thing that’s completely sure is that Scott Avett delivers these deep lyrics with such force behind it, you know he means every word he sings. This guy is the real deal and you can’t help but love this song.

“Kick Drum Heart” is easily one of my other favorites. I love how simple and straightforward the song is. It’s also the most fast paced track I’ve talked about so far. It’s more pop than your typical The Avett Brothers song, but it’s still extremely fun and easy-going. It’s also a song that probably has the least complex or deep lyrics. The lyrics for this song are still pretty clever, but they aren’t as big of a deal as the other song lyrics on the album are. The music is more or less the center focus of this track and that’s actually not a bad thing at all. It’s nice to see the band mixing things up a little and it totally works for them.

This is a generally fun album that sounds less folk but is still original and a very quality album from the band. It’s nice to see them trying out different styles and even going out of their comfort zones on some of the tracks. If you can’t already tell based on the many times I’ve mentioned already, I love this band, there’s just something completely refreshing about them. Anyway, this is an album that I won’t soon forget due to the complicated sound and lyrics that are also insanely memorable.