As the midway point for many of this season’s anime approaches, it’s time to look at the state of play during the Spring 2017 season so far.

This is a season that was hotly anticipated, mainly due to some huge shows coming back for second seasons. However, second-season syndrome is a real thing, and Spring ’17 is discovering that it’s not necessarily a good idea to pin your hopes on returning giants. While there have been some good new shows, the general standard is not great, and right now, I can’t help but look at Spring ’17 as a bit underwhelming.

That being said, there’s a few shows I’ve been watching. Here’s our thoughts on the shows currently being watched by The Culture Cove:

Following on from the events at the end of season one, the series follows several members of the Scout Regiment and Survey Corps as they continue to try to fend off the Titans. While humanity attempts to take strides forward with improved knowledge on the city walls – and the titans inside – their world is met by new threats, namely the mysterious beast titan, who can speak fluently while also possessing far superior intelligence and the ability to lead fellow titans.

This was the headline show, by a long way. Almost four years since the critically acclaimed first season concluded, the second season had the terribly difficult task of living up not just to the incredible, double-length first season, but to fan’s nostalgic memories.

So far, it’s done okay. Attack on Titan is back with a new, seemingly brighter colour palette, and a new director creating different scenes and angles. The feel of the first season is still there, and compared to other shows, AoT still strikes harder than most other shows. What I’m hoping to see more of in the last half is that sense of tragedy that was such a big thing in season one, but is very much diluted down in this season. Past that, though, the story appears to be following a good path, and there’s plenty of opportunity for growth going forward!

Follows Yoshino Koharu, a young girl living in tokyo who, no matter how hard she tries, cannot land a job. Then, out of the blue, she is offered the opportunity to do a modelling job for a small countryside town. Despite hating the boring countryside where she grew up, her life in the city is no longer sustainable, and she is forced to accept the gig. However, she soon finds out that the job is actually not a one-off, but a year’s employment! Without any option, she is forced to live in the countryside town, but as time passes she makes friends who feel the same way, and they all begin to fall in love with the peaceful life.

Probably the most exciting new story in this cycle, this is an original story from PA Works, and is seen by many as the spiritual successor to another of their shows, the hugely popular Shiro Bako! With an almost identical lead girl, and a general feel in keeping with its predecessor, this is a show with a lot of potential. Sakura Quest, like the idyllic town it is set in, can be excruciatingly slow and bland at times, but I get the feeling that as each character is properly established over time – if it’s the case, then 25 episodes is more than enough time – then this series could become another classic! 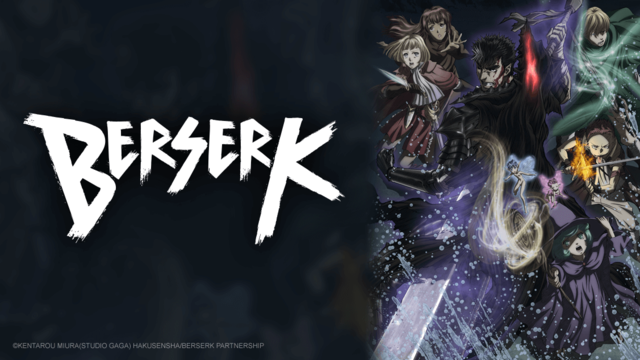 Following on from season one of Berserk, the story follows Guts and his ragtag bunch of followers, now including Farnese and Serpico from the Holy See, as they try to protect Casca from demons, while Guts seeks revenge for what happened to him and his wife.

I loved the first season of Berserk – I thought that it was a truly hardcore action series with a unique animation style – so I was really looking forward to this, and 6 episodes in, it’s going well. Unlike last series, the story has dictated that the ‘heroes and villains’ are out of range of each other, unlike in season one when they were constantly brushing shoulders. This has led to a slightly slower story this time around, but it is still delivering great action sequences with strong characters, while also delivering a really strong mythical element with the addition of young witch Schierke. I’m really excited for this moving forward!

The second season of My Hero Academia, following young Izuku Midoriya as he, under the guidance of the ever-weakening All Might and the support of his friends at UA, continues on his path to become the greatest superhero of all time in the face of even stronger villains.

Truth be told, this was actually a completely new series for me. There was so much excitement for season two, and praise for season one, that I thought I would check it out! That’s why I’m slightly behind on this series (I’ve only watched three episodes of season two, while it’s at the 6 episode mark in real-time). I loved season one, and will review both season’s together because season two carries on really nicely from a stellar first season. Despite being almost a year since the end of season one, My Hero Academia is continuing exactly as it started, with an excellent balance of genuinely good, varied action and strong character development. 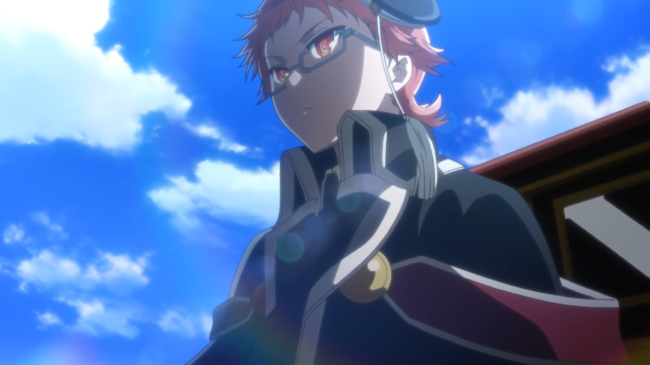 The Royal Tutor is a position given to the finest teacher in the nation, the individual given the task of educating the kingdom of Grannzreich’s four princes, turning them into people capable of the throne. Heine Wittgenstein has been given the honour, but as he arrives, he soon discovers why so many other teachers have fallen by the wayside before him when he is greeted by four eccentric, charismatic and hostile young men.

The Royal Tutor, in a sea of mediocre new shows, has emerged as a completely unlikely favourite of mine! This is a really basic, almost sit-com style show starring five completely different people. However, while the story is almost nonexistent, there is a good amount of laughs that come from this show, and as long as it keeps delivering that, I’m going to keep watching!

Unfortunately, nothing else has caught our sustained interest this season, meaning The Royal Tutor and Sakura Quest (and, you could argue, My Hero Academia) are the only new shows that we’re watching in this season. Compare that to the last cycle, where there was arguably four brand new shows we were watching weekly, and you get a sense of why we’re disappointed here! Other shows I’ve tried include Clockwork Planet (where the characters are all children for no reason), Anonymous Noise (which is exactly the same as Fuuka, but punk instead of pop) and Eromanga Sensei (which is okay, but just not funny enough) among others, but none of those are exciting me.

Regardless, there’s a few decent shows here, so here my ranking for Spring ’17 so far:

5. The Royal Tutor – A solid enough comedy that is filling a hole right now!
4. Sakura Quest – At the beginning of a supposedly huge story, it’s early days for a show that is as likely to drift away as it is to set a new standard.
3. Berserk – Steady so far, but looks set to at least reach the standards of season one.
2. Attack on Titan – Has a lot to live up to, but is doing a good job of it so far with its trademark epic drama!
1. My Hero Academia – Meeting the standards of season one, and we’re barely halfway through! Almost guaranteed to be a great series.

What’s your favourite show from this cycle? Anything we missed? Let us know in the comments, or follow us on Instagram for more anime stuff!