It’s that time of year again! With many of the shows currently airing preparing to take us into 2019, we have a moment to look back and reflect on what has been a magnificent year for anime! A fantastic mix of major titles, modern throwbacks and smaller shows that have blown us away, 2018 has given us some really important shows.

For the first of our two-part review looking back at all the anime series we’ve seen over this year, we take a look at the openings and endings that have lit up our screens over 2018, while also showcasing the fantastic individual characters that we’ve seen!

Before we hand out our awards, lets take a look at the new series that we watched from start to finish this year, and note the healthy mix of Western and Japanese series we have in the competition!

As with our 2017 Anime Awards, the 2018 Anime Review includes all shows that were both reviewed and aired (or uploaded to streaming services) at some point during this calendar year.

There was so many fantastic anime openings in 2018 and in the end we narrowed it down to a favourite five. While there are other openings that do a great job of setting the scene, no opening this year has had a better flow than this one. Fantastically paced, it does a great job of setting out the many different characters and their intertwining rivalries. Cells at Work was a close second and deserves a special mention, as does the original intro for Darling in the Franxx.

While the competition for anime opening was a close-run event, there was only ever going to be one winner in the ending competition. I’ve never really enjoyed AoT’s openings, but its endings are nearly always spectacular and this is no different. Fantastically dramatic, this mini-story is created with a unique, nostalgically fantastical animation style to help create a sequence that is part dream, part nightmare. Not only that, the unique twist given to the series’ final ending has, almost single-handedly, put our interest in the future fourth season at fever-pitch!

(This ending is actually quite spoiler free, so you’re okay to watch it if you haven’t seen the series!)

Castlevania does such a good job with its cast that, in the end, the fight for this title was between two characters from the same show! Sypha Belnades is a fantastic companion to the main character, however few people made as much impact on our screens this year as the vampiress Carmilla. Playing the ‘scheming mistress’ stereotype to perfection, this evil character takes centre stage everytime she is on the screen and also delivered one of my favourite moments in all anime series this year! There are also a lot of other notable mentions from this year, including Macrophage from Cells at Work, Hange Zoe from Attack on Titan, Azusa Hamaoka from Grand Blue and RWBY’s Raven.

As always seems to be the case, the pool of potential winners for this award is considerably smaller than its female equivalent. While there are deserved mentions for Hector from Castlevania, Tsukasa from Food Wars and Banba from Hakata Tonkotsu Ramens, in the end we’ve gone for the devilishly entertaining demon Luci. A fantastically funny, free-spirited character, his role is noticeably easier than the other contenders but he was so fun to watch that he deserved his special mention!

There have been some awesome female leads this year, as there always are. In the end, this was a photo-finish between our winner and Red Blood Cell from Cells at Work. However, there are few characters that deliver on as many levels as Zero-Two. From a confusing enigma to a loving partner, a misbehaving child to a scheming villain, Zero-Two pulls off all of these moments with the fluidity and grace necessary. While it was down to the wire, this depth is what wins!

Again, there are some serious big-hitters in this category. Hiro from Franxx deserves a mention and Bojack Horseman is probably quite unlucky to win this award, however there are few male leads as anticipated and well-delivered as Levi. In AoT season three, he took the lead role and helped guide the story back to the darker, grittier storyline that made season one so great. 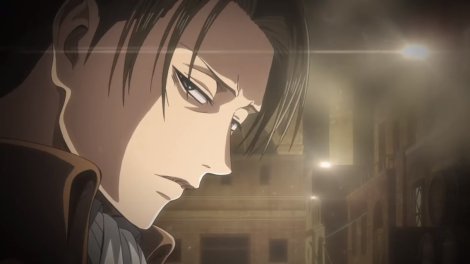 If there’s one thing anime has more than any other medium, it’s the ability to create stories with a huge cast of unique and engaging characters. This year has been another great year for this, and there are plenty of other shows that deserve to have won this award. Castlevania does wonders with its inventive cast, as does Cells at Work, and while My Hero Academia always delivers inventive characters with personality, Franxx just edges this award. The reason for that is the balance that Franxx strikes – there is a fantastic variety of characters on offer here, defined by personality not appearance, and there is also plenty of depth to each of them. They are just a real, exciting group of people to watch!

Plenty of winners here, and this is only part one! Subscribe to The Culture Cove to see part two the moment it drops next week, where we’ll be deciding our favourite storyline, animation, anime moment and best anime of 2018!

Want to learn more about these great shows? Click here to see all our anime reviews and recommendations!