A bit of a contrasting APR today as we continue to run through the huge amounts of series that have ended recently. After our last episode looked at the rise of Netflix anime series, we review one more of its original shows, but first we take a look at a recent sports anime that is worth your attention: 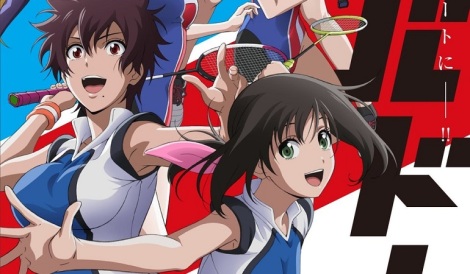 In their early years of school badminton two young and talented players, Ayano Hanesaki (right) and Nagisa Aragaki (left), cross paths. Ayano humiliates Nagisa, beating her so emphatically that Nagisa never manages to shake it, turning into the aggressive, hard-headed captain of Kitakomachi High School’s badminton team. Ayano, meanwhile, begins to question why she’s playing badminton at all. A traumatic experience with her mother causes her to turn away from the sport she once loved after that game, until she too joins Kitakomachi with her best friend. Nagisa notices her immediately, and demands that she joins their badminton team so she can exact her revenge for that fateful day. However, they soon discover more about each other’s pasts than they expected.

Basically Plot: Ayano humiliated Nagisa at an inter-school badminton competition, but in high school they stand side-by-side. While Nagisa searches for revenge, Ayano is searching for a way out of the game she once loved.

After the classic action-drama anime, the sports anime is one of the most popular genres of this medium, either as its own series or as an arc of a bigger series – think the ‘games’ arcs in action series such as My Hero Academia and RWBY. Insanely watchable and often quite heavy on the psychology, these series are guaranteed entertainment. However, there’s an argument to say that when you’ve seen one, you’ve seen them all. 90% of all sports anime follow a similar feel good pattern that is easily digested but also quite predictable. Hanebado plays to plenty of the sports anime stereotypes, but at its core it has definitely tried to add a deeper, darker twist that makes this one of the best sports anime I’ve seen!

Unless you’re already a fan, the thought of watching an anime about Badminton probably isn’t that interesting, however what strikes you immediately is that it is (at least in this series) a very individual sport, and it is this feeling of isolation, even in a group, that provides the backbone to a psychologically-heavy ‘feel good’ series. It’s worth quickly saying that the most important thing to any sports anime is that the action is well animated and directed, and Hanebado does a good job of this. However, this is all about the story.

Like we said earlier, these series usually star a clean, ambitious and determined character who doesn’t quite have the talent but tries harder than anyone to make it back up. Perhaps there is a darker character in the background, but it is clear from the start and they are much less important. Hanebado puts this trope firmly on its head – the lead character, Ayano, is immediately seen as a bad character, and while she appears to save herself at the beginning, this quickly changes and we are left with a happy anime in which the lead character is, for all intents and purposes, evil. You could argue that it’s the next main character, Nagisa, that fills the classic sports anime lead from the background, but even she is a broken individual with psychological issues. Most of the other side-characters fill classic stereotypes – although there are a handful of creative individuals scattered through here – but it’s the two main characters that make this series so interesting.

The actual story that runs through this series about Ayano and her mother is a bit foggy and unexplained, not helped by her mother being a surprisingly bland character. However, the thought is clearly there, and enough weight is put behind it to drag what could have been ‘just another sports anime’ up to the next level. The sport is really watchable, the main characters – particularly Nagisa – are really well designed and that fact that this seemingly clean show takes on this darker twist makes it a sports anime that is a must-watch for fans of the genre.

ANIME RANKING: #64 – The highest ranking anime based on a real sport, Hanebado sits alongside solid showings such as Konosuba in the middle of the pack.

If you liked this you’ll love: Anohana (#7) – We haven’t watched many good sports anime, so it’s hard for us to recommend another series in this genre. However, Anohana is a fantastic teen story that avoids being obsessed with a love plot, instead focusing on past friendships that have faded away. Anohana also has some of the best animation we’ve seen outside Ghibli, so we definitely recommend watching this one! 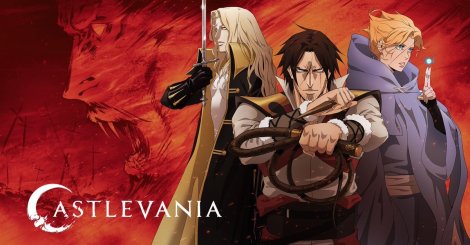 Following on from season one of Castlevania and based off the videogame series of the same name, the story follows monster hunter Trevor Belmont (front) and magician Sypha Belnades (right), who join forces with Dracula’s awakened son Alucard (left) to stop his father Dracula (background) from exacting revenge for his wife’s death at the hands of the church. While Belmont leads the trio to his old family home in search of secrets, Dracula struggles to control his army of bloodthirsty vampires, aggressive monsters and a few loyal humans.

Basically Plot: Continues to follow Trevor Belmont, monster hunter, as he and his makeshift group try to stop Dracula from wiping out the human race.

Castlevania’s oddly short first season served like something of a tech demo, fascinating animation and dialogue showcasing what could be done if Netflix (and audiences) got behind the series. A year later and the second season has fulfilled the promises of the first and then some. Honestly, this might be the most impressive American animated action series I’ve ever seen.

In reality, Castlevania’s story is rather simple, which is to be expected when adapting a videogame from the days of side scrollers. However, the anime does a great job of portraying the politics of Dracula’s soldiers, selling the idea of a powerful yet senile leader destined to die and the power struggle underneath. However, this does leave you in no doubt about the fate of the three heroes of the story. The final fight scenes were exciting to watch but at the same time quite predictable.

The magic of Castlevania does not lie in its story, however. This series has some of the most well-choreographed voice acting I have seen in any anime, period. You frequently see fantasy series that try to inject a sense of modernity into the story with ‘witty’ lines, but these invariably lead to the story being lessened, reduced to a funny series and little more. Castlevania nails the balance between well-mannered, powerful fantasy lines and quick quips that create more of a sense of realism than comedy. This is helped in no small part by the fact that everyone gets on board with it, because it’s one thing when the occasionally drunk main character swears and a totally different experience when you see an uptight, ravenous female vampire look up to the sky and say, in a deep European accent, “what the fuck was that?” I’m not generally a fan of medieval fantasy stories and characters – I never got on with the Lord of the Rings films, from which Castlevania borrows some voices, for example – but I couldn’t get enough of these people.

The animation is worth mentioning, also, with sharp lines and deep, solid colours creating an atmospheric series. While the fight scene at the end wasn’t necessarily well choreographed, that’s nothing against the animation – it’s rare to see a series take on movement as fluidly as this series.

With these eight episodes, Castlevania will argue that they have now created a full, reasonably long 12-episode series. I can’t help but feel, though, that season two was still a little shorter than it should have been. That’s less of a criticism than it sounds, though. I think what that is saying is how much I want to see more of these characters, this story and the interactions of the world, because I do not remember ever being as excited for an American animation (not that there is much competition, I should point out) as I have been for this breath-of-fresh-air action fantasy!

ANIME RANKING: #41 – A very good score for this Netflix series, placing alongside big-hitters such as Nisekoi and the Fate series. Also, with more series sure to follow, the sky’s the limit for this franchise.

If you liked this you’ll love: Berserk (#45)– As you can imagine, you are really spoiled for choice when it comes to fantasy action series to binge after this. shows like Kill la Kill and Re:Zero are fantastic for those looking for an action fantasy with a happy Japanese twist, however if you’re looking for that same dark, dreary tone in a fantasy setting then Berserk is your next story. Set in a fantasy world of aggressive religions and dangerous demons, this story of a singular, dangerous main character is as dark and gory as any American series and is one of our favourite action shows! 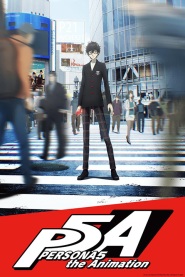 Subscribe to The Culture Cove for regular Anime Reviews and Recommendations!

Watch out for Episode 57, featuring another videogame adaptation in Persona 5: The Animation!