Welcome to our first Half-Term Report of 2019, and I’m glad to report that the year is off to a great start!

It is widely agreed that 2018 was quite an average year for new anime. However, this season has already showed some great promise. We are still watching all the series that we have started, which is a rarity for us! We have also already been wowed by the incredible Winter 2019 anime intros! However, how are the series themselves fairing at the halfway stage of their runs? We take a look at our favourite series so far:

The story revolves around a city high-school, where a string of students start to go missing. Rumor has it that ‘Boogiepop’ is responsible, although it is no more than an urban legend. Except, it’s not – Boogiepop is real (above), and she goes to their school! What follows is a series where the worlds of myths and monsters collide, with high-school kids caught in the middle.

One of the most anticipated new arrivals in this cycle, this is a revival (not remake, as far as I could tell) of the 2000 cult classic anime from the light novel series of the same name. So far, this is an interesting enough show, but as the same time it is the most confusing thing we have seen in quite a while! When blending split personalities, real life angst and fantasy wars, some excellent storytelling is needed to keep it all together. Either that, or remarkably flamboyant character design that clearly separates individuals – think of the 5pb anime adaptations, such as Steins;Gate and Occultic;Nine. Boogiepop has neither of these things, and leaves us watching something where you know there’s a good story behind the glass, but it hasn’t shown itself enough yet. I’m hoping that this series turns it around on the story front, because there’s enough interesting characters and good animation and direction to merit this being a great series! At the moment, though, it’s been quite mediocre. 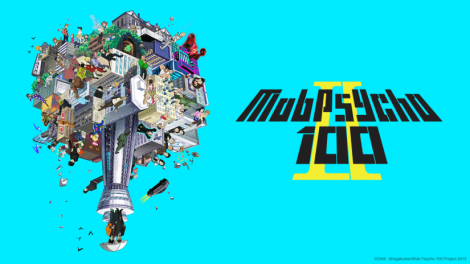 Following on from the first season of Mob Psycho 100, the story follows Mob as he learns to harness the full potential of his powers while also trying to live a normal high school life. As he begins to grow, not only as a psychic but as a teenager, his relationship with con-psychic and mentor Reigen is tested.

A hotly anticipated return, the second season of Mob Psycho has, so far, done a pretty good job! It has managed to add an extra level in terms of the action scenes and you can feel the ante being raised as the series goes on. The animation has been really good, helping to catch the charm of the first season and carry it through. The fact that Mob is growing as a character also presents an exciting dynamic going forward which will, hopefully, increase the amount of characters that are getting involved.

My only worry with Mob Psycho II going forward is that this series is certainly less funny than the first one. There seems to also be less of an attempt for it to be comically entertaining, with more emphasis on the growth of the characters, which has been somewhat hit-and-miss so far. Other than that, though, this is a really solid showing by a series that delivers plenty to get stuck into. 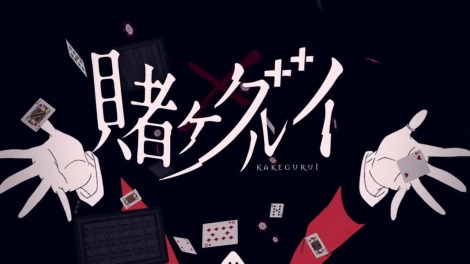 The second season of Kakegurui sees the all-powerful student council president Kirari suddenly declare that she is to give up her seat. However, with this being Hyakkaou Private Academy, there is only one way to take it! The entire school is plunged into a gambling festival, as students play with special vote chips with the aim of collecting as many as possible and becoming the new president of one of the most prestigious schools in the world. However, Kirari has also invited much of her extended family into the academy, giving them the chance to take control for themselves.

This has been a very solid second season, so far. While the first season won our 2017 Anime of the Year, looking back now it’s easy to see why it’s such a ‘love it or hate it’ series. This second season, however, has certainly calmed down on the over-sexuality. While it doesn’t have as much of an impact as the ferocious first season, XX has actually delivered a much more engrossing storyline, with a plethora of engaging characters. While the lack of impact has left this series feel a bit more normal, that might be good for this season in the long run, as its story is looking very good so far! 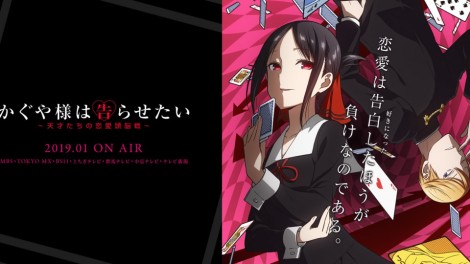 Set in the prestigious Shuchiin Academy, the show follows Miyuki Shirogane (right) and Kaguya Shinomiya (left), president and vice-president of the student council. Idolised by everyone in the school, the two of them are seen as almost mythical beings of impeccable intelligence and charisma. However, while they both keep prim and proper appearances on the outside, in the student council office their lives are a constant emotional struggle, as Shirogane and Shinomiya are painfully attracted to each other! However, with images to uphold they cannot be the one to fall head-over-heels first. The series follows the two of them through a range of different scenarios as they try every trick to get the other person to ask them out first.

This has probably been the biggest overachiever in these early stages of the winter cycle. One of those classic Japanese anime comedies that revolves around a simple, easy-to-follow concept, Kaguya-sama delivers plenty of laughs, while the psychological warfare side of things is hugely entertaining! This is not a particularly remarkable series, though. The animation is solid, but not great, and the overarching story is pretty predictable. Also, I do worry about where the story will go in future episodes, as you can feel Kaguya-sama taking on a more linear storyline as it progresses. However, it is still a solid comedy series with plenty of potential. 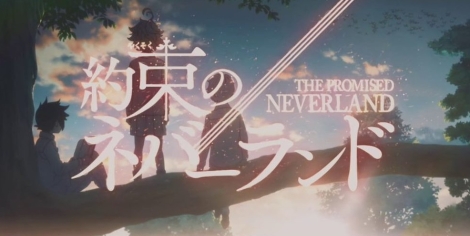 Grace Field House is a small orphanage in the countryside, where young children grow up under the guidance of their beloved Mama. However, there are rules: they should not go near the high walls than encircle their grounds, and they must never go through the gate. When one of the most loved young girls gets adopted and leaves her favourite toy behind, Emma (centre) and Norman (right) rush to give it to her and make a shocking discovery – they are in fact cattle, raised to be sold as meat to Demons. Met with a desperate need to escape under the nose of their ‘carer’, the two bright children enlist the help of their friend Ray (left) and hatch a plan to get all of the children out of the orphanage.

This is, probably, the best series airing right now. It’s also been the hardest to watch, but that is nothing against this show! An emotionally challenging story, The Promised Neverland delivers a twisted world full of Disney-like characters with evil intentions, and orphan children caught in the trap. Some of the twists are quite easy to follow, and the show does struggle at times to keep interest in these early stages, but with plenty of deceptive characters and dark moments already seen, we can only see this series getting better as the stakes are raised!

What are you thoughts on this opening to 2019? Personally, we think it’s been great, and we can’t wait to see where these series go next! What are you watching right now? Join in on the conversation via our social media channels!

Make sure to subscribe to The Culture Cove for regular anime reviews and recommendations! Keep an eye out for our next Anime Pocket Reviews, featuring the sixth season of American machinima favourite RWBY!

One response to “Winter 2019 Anime Half-Term Report! – Mob Psycho, Kakegurui and Many More!”